1. The Ancient Greeks were the first Europeans to read and write with an alphabet.

2. Greek was the official language of education in the  Roman Empire.

3. The word ALPHABET derives from the first two letters of the Greek Alphabet ( alfa – beta ).

So studying Modern Greek as Foreign Language shouldn’t be that difficult!

Why not give it a try? 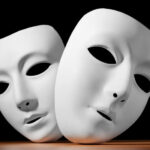